The single cells can be plotted with various plot options. You can further create your own custom plots, which can be loaded and displayed in CellExplorer, by saving plot function in the customPlots folder. Most data has three plotting styles: single cell, population and a normalized image.

Three types of log10 ISI distributions: single ISI distribution with the addition from ACG shown in the same plot, all the ISIs for the whole population, and a color plot with z-scored ISIs across the population. The normalization can further be set to three different values: occurrence, rate (normalized by bin size), and instantaneous firing rates (1/ISIs). 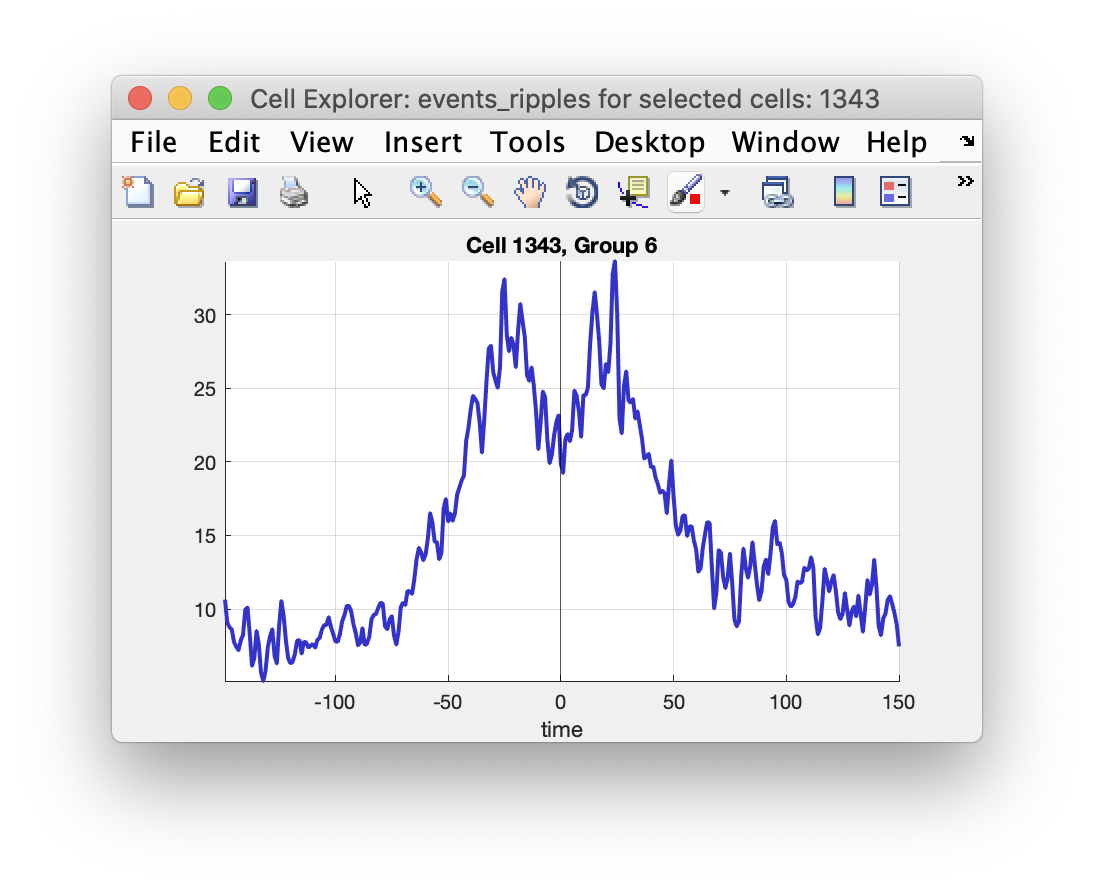 The spiking data can also be loaded to generate raster plots using spike data. Please see the tutorial on spike data to learn more. The figure below shows two raster plot examples for a pyramidal cell in CA1: 1. Theta phase vs position (the animal runs along a track), 2. Trial vs position, colored according to 3 states.

Average waveform across all channels. 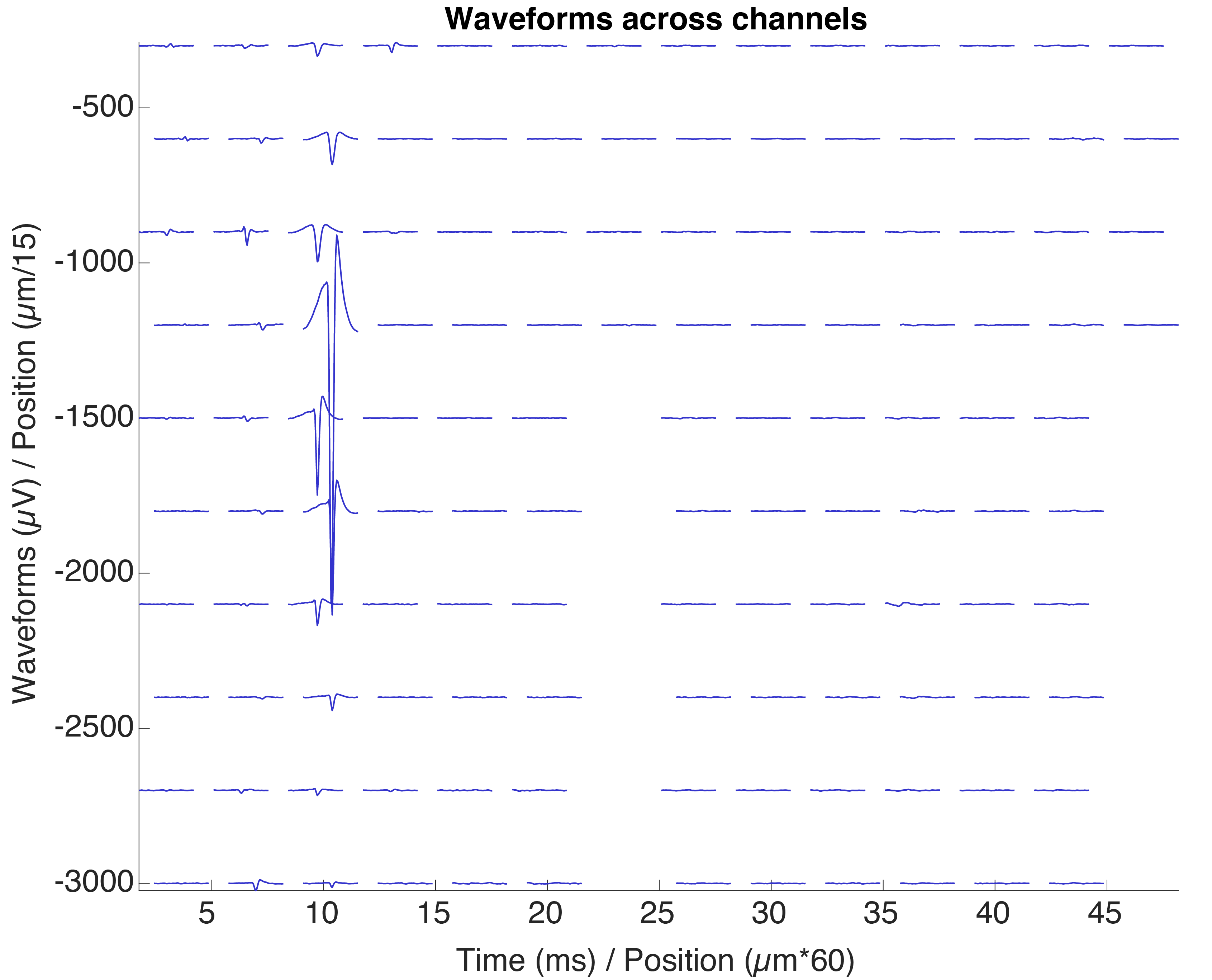 A trilaterated estimated position for all cells determined from the amplitudes of their average waveforms across channels. The squares indicate electrode sites. 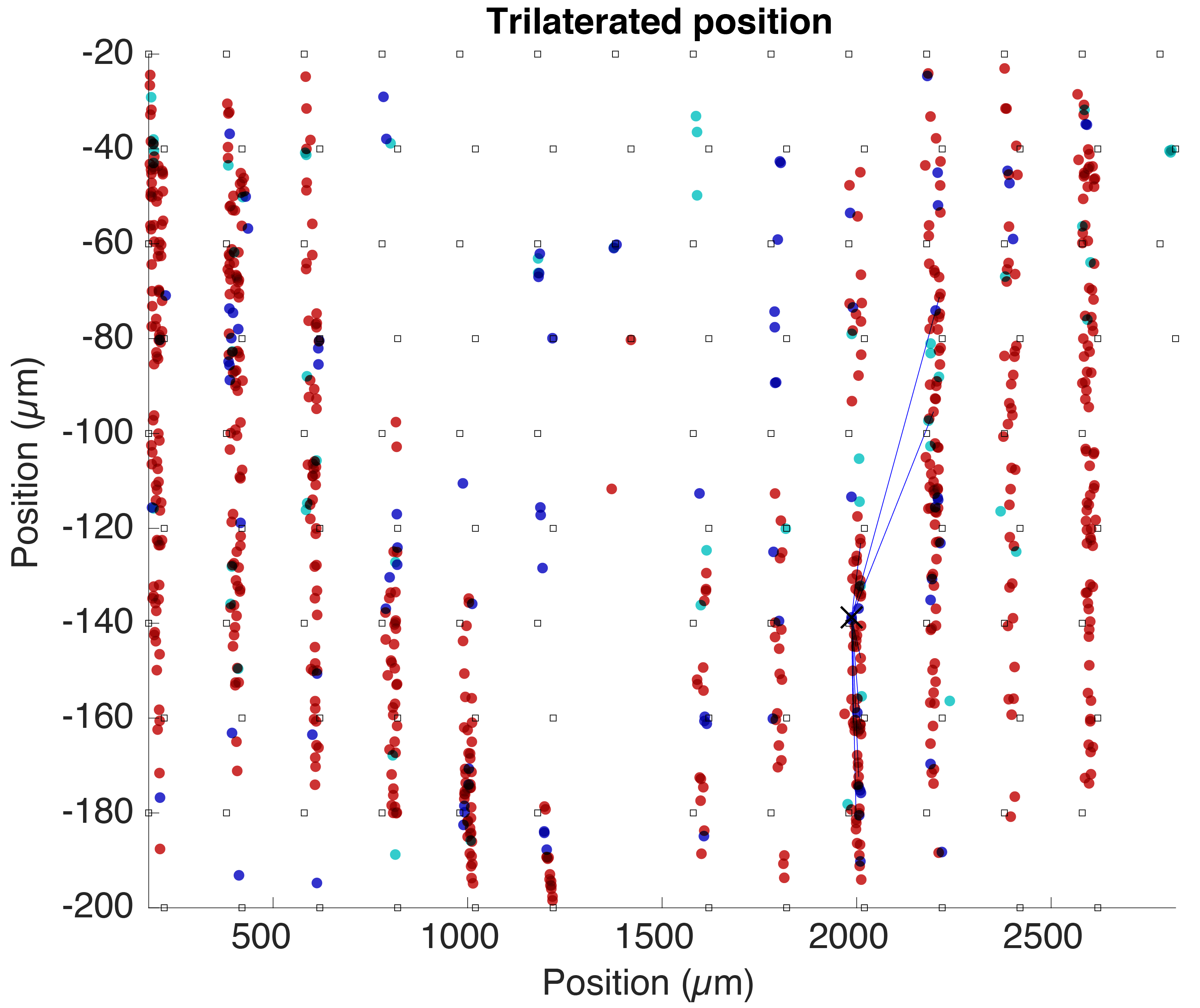 The connectivity graphs shows all connections detected in a dataset. Selected cell is highlighted together with its synaptic partners. You can select and highlight cells from the plot. 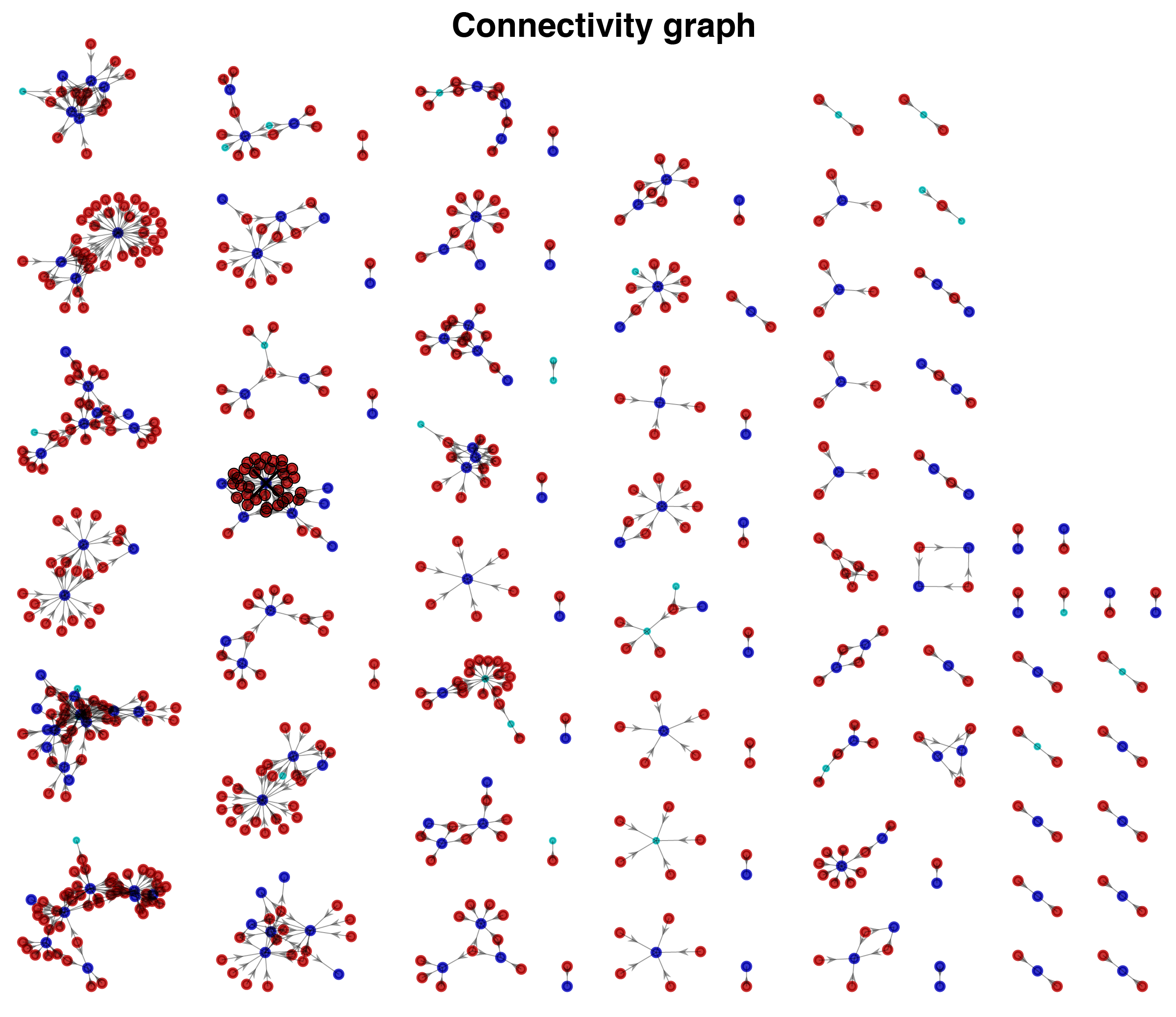 You can create your own custom plots to display in CellExplorer that also becomes interactive. Image below shows a ripple triggered average across an electrode with the current selected cell highlighted. 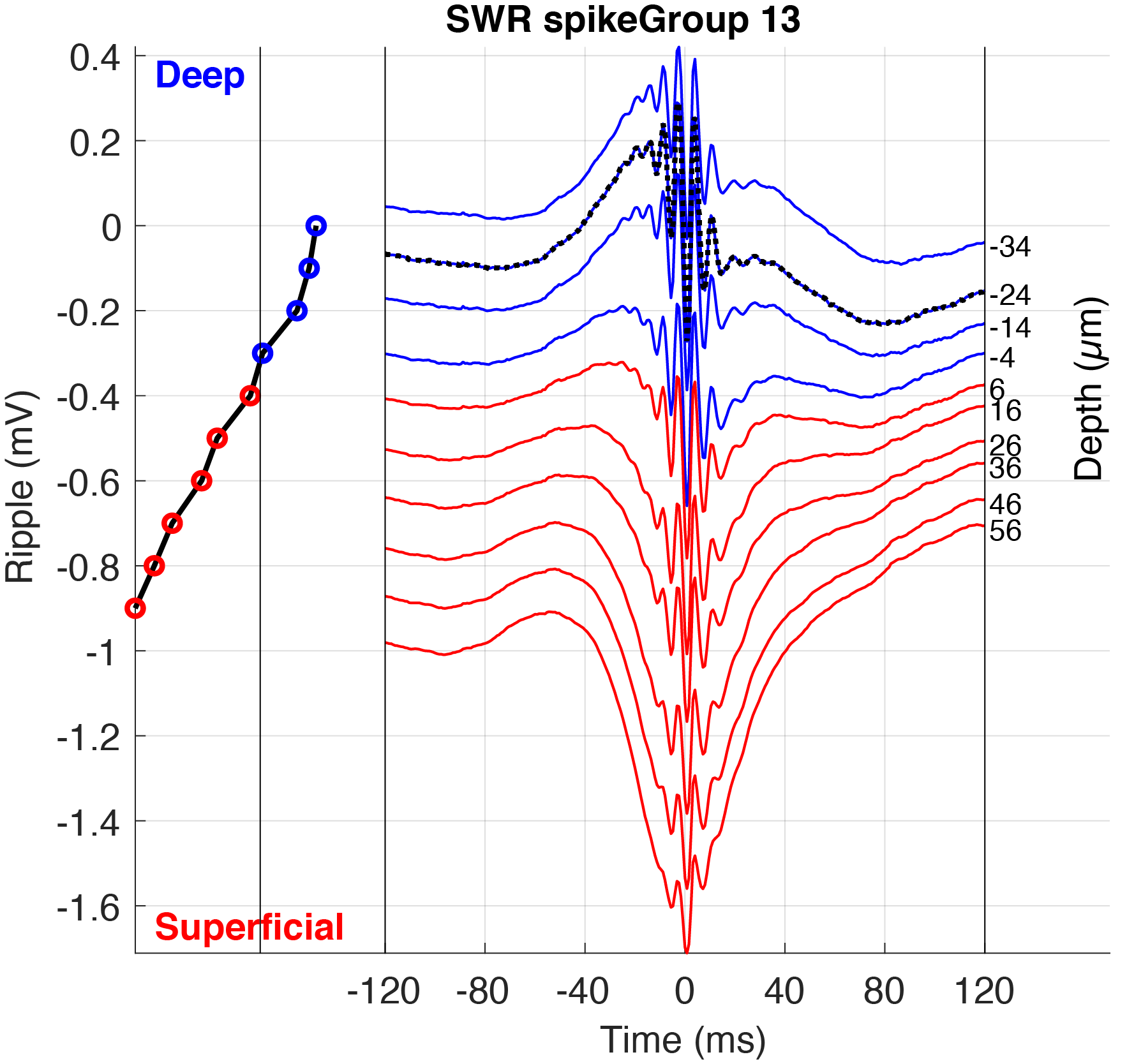 All plots presented on this page are single cell plots that can be selected for the 3-6 single cell subplots in CellExplorer but can also be plotted separately using the group actions menu. Select a few select cells and press space. Below menu will be shown and you can create various plot combinations from above plot options. 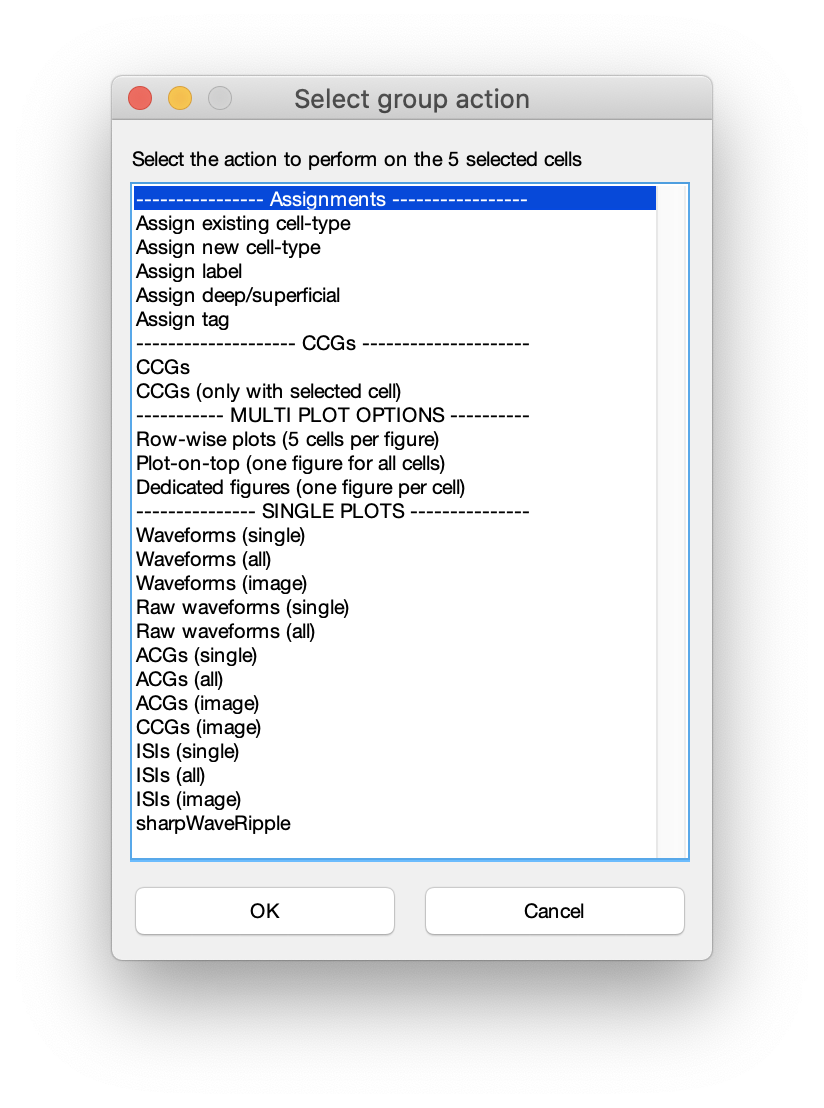 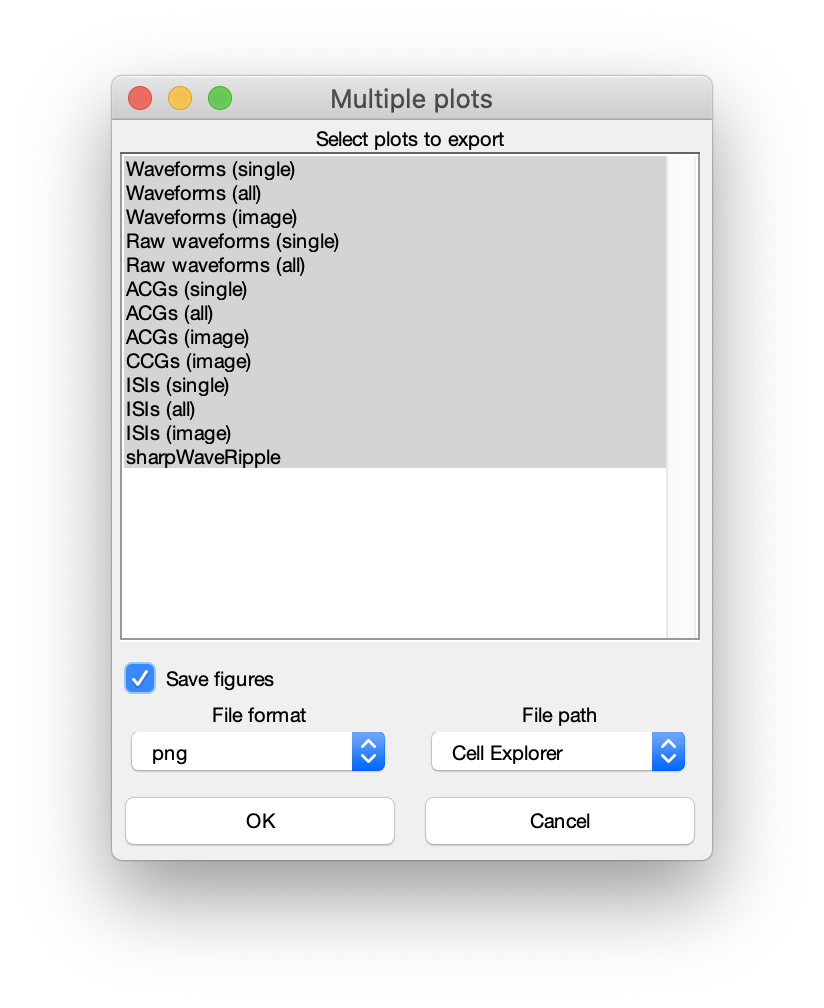